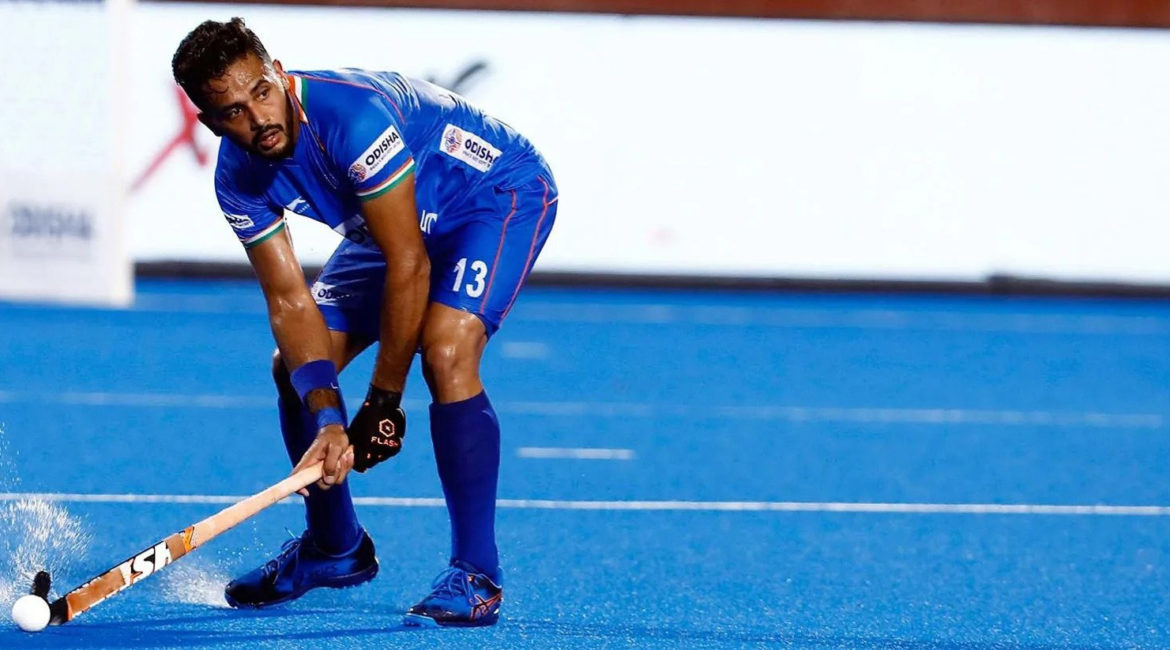 Bengaluru, 02 September 2020: The Indian Men’s Hockey Team defender and drag-flicker Harmanpreet Singh feels the forthcoming FIH Hockey Pro League matches which resume on 22 September 2020 in Germany will provide insights into the variations and combinations the European teams will display.

The League will recommence with powerhouses Germany and Belgium facing-off against each-other. “Both these teams are really good and of course we are eager to watch them play and we will be following these matches closely because it will give us insights into their variations, any new combinations they are using,” stated the drag-flicker who is currently part of the on-going National Coaching Camp in SAI, Bengaluru.

Harmanpreet, who Captained the India to victory at the FIH Olympic Test Event in Tokyo last year, feels the Indian Team has plenty of time to return to their formidable form and watching these FIH Pro League matches will help them implement changes to their tactics and be prepared before they begin their FIH Pro League campaign in April next year. “I feel we have enough time to prepare. Since we will be following these teams closely, we will be able to make timely implements into our game,” expressed Harmanpreet further adding that the Coaching Staff ensuring the players maintained their fitness levels over the past five months when training and coaching activities were halted due to nation-wide lockdowns, will be a key factor to bounce back.

“The good thing that happened during the past five months was the Coaching Staff particularly our Scientific Advisor Robin Arkel kept a close watch on our fitness and diet. Even when we were on a break, we had a schedule to follow. I think these factors will help us bounce back,” added the defender who recently took part in an online webinar where he interacted with over 50 students and faculty members of a University in Gandhinagar, Gujarat.

“It was the first time I was doing something like this online. I enjoyed sharing my knowledge about the game with the students. They had many questions on shaping and nurturing talent from the age of 12-13 years of age and they were also keen on understanding how one adapts to playing on synthetic turf after being used to grass surface. The session was interactive and I was particularly happy to know that the students followed our team’s performances closely,” recalled Harmanpreet who engaged in this online activity on Major Dhyanchand’s 115th birth centenary on Saturday 29th August 2020.